Search 'Google in 1998' and get roam into the Google Past

Email ThisBlogThis!Share to TwitterShare to FacebookShare to Pinterest
Google's Easter Egg for its 15th birthday

Google's Matt Cutts revealed that just type 'Google in 1998' jn Google search engine and surprisingly it will land you back to its old search page that dates back to old 1998s, this is all for Google's 15th birthday, an Easter egg! It will show an actual real page for the keyword Google as it was in 1998, and yes you can NOT see another search for another keywords on this 1998 Google pages,

Labels: easter, Google, Tech
No comments: Links to this post

Email ThisBlogThis!Share to TwitterShare to FacebookShare to Pinterest
Microsoft's had presented its wonder phablet (laptop / tablets) the Surface 2 and Surface Pro 2 (tag line: thinner; lighter; faster), will ship start Oct 22, 2013 (good digital option for these coming holidays) and are they really cool like Apple iPad or Samsung Galaxy Note etc., the time will only tell,

They may be good, but what is best for us is Surface 2 and Surface Pro 2 {Intel Core i5 ‘Haswell’ processor} from Microsoft comes with free unlimited Skype WIFI (text/phone/video chat) international calls for 1 year and free Skydrive cloud files storage for 2 years!


"With unlimited calling, your Surface is transformed into a communications hub, where you can make calls to friends and family on landlines in 60 countries and mobile phones in 8 countries, free of charge for a year."

Google Chat (Google Talk & Hangout) are dancing crazy like nobody is watching?!

Email ThisBlogThis!Share to TwitterShare to FacebookShare to Pinterest
Seems that Google' chat services: Google Talk or G Talk and Google Hangout have gone out of control for some vivid users across the planet? People are saying that there is a glitch as when they send a message to intended recipient, it may go to some one else or go to intended recipient along with some unintended recipient,

Google is the big Boss and knows this problem and is trying to get soon out of this, Twitter is Tweeting like always on this issue too : )

This is a serious privacy issue with Google talk services and people are worry of this, communication is vital, it could never be left in the lurch or to the Pigeons (though pigeons have delivered the mail always on the destination)!

Hey do you use smart tablets, cell phones or phablets? Which mobile operating system (OS) do you use? Apple iOS; Google Android, Nokia's Symbian, Samsung Bada, Windows Phone, Linux based, Blackberry, Tizen, Ubuntu or any thing else,

This is the time to go for based JOLLA-SAILFISH OS (open Sailfish OS based on MeeGo and Mer Core open source projects) based mobile phones,

The second Wave pre-orders are available in the of , the . You can make reserve your own at http://www.jolla.com

What is Jolla-Sailfish smart mobile OS, why this is good?

http://jolla.com/about/
Well, the Sailfish is Linux based smart cell phone OS, which is developed by Jolla, the Sailfish by Jolla is designed primarily for mobile phones but it would soon come to the other digital handheld devices soon,

“Jolla's Sailfish OS adds Android compatibility: The company hopes to attract more hardware vendors since its mobile operating system can now run on any device that works with Android.”

… Android apps will run smoothly on Sailfish OS too and no modification is needed.

Email ThisBlogThis!Share to TwitterShare to FacebookShare to Pinterest
If you are fond of video messaging or the international free video messaging, over Skype VoIP platform and that is too over Windows Phone 8, than you should be the happiest person on the earth, 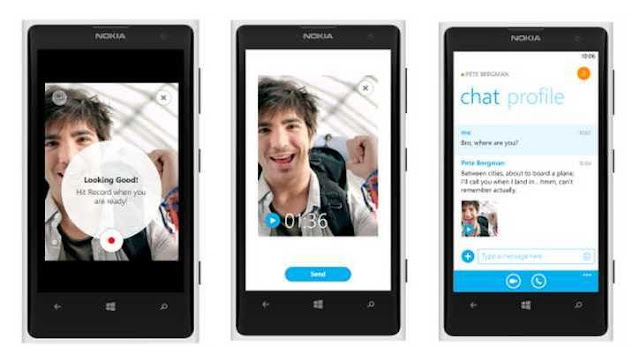 The Skype video messaging over any supported phone including Windows Phone 8 is very simple and you and your message receiver may not be online at the same time, they can view the video message at any time convenient to them, just that is all needed : )

Alert! Samsung Smart Watch: Galaxy Gear, could it be used without a Galaxy Note 3 mobile?

Email ThisBlogThis!Share to TwitterShare to FacebookShare to Pinterest
Samsung electronics, (the said to be an arch rival of Apple Inc.) now has a smart wearable computing device: Android based Galaxy Gear which is better said to be a digital smart watch that could be used like a smart cell phone ; make or receive phone calls, texts, take photos with its camera use apps like you use on any smart mobile (only in pairing with Galaxy Note 3 and Galaxy Note 10.1 2014 edition and not independently) … and much more, but the one thing is not known to many of us, so please read this post / blog, be careful before you go for this Samsung Galaxy Gear smart watch!

Could I sync Galaxy Gear Watch with Galaxy gadgets other than Galaxy note 3 and Galaxy Note 10.1 2014 edition?

Galaxy Gear smart watch band could not be used independently without Galaxy note 3 and Galaxy Note 10.1 2014 edition  (at the time of writing this post) syncing for the cell phone’s usability,

Well, this is clear that Galaxy Gear from Samsung could always be used with syncing with Galaxy Note 3 smart phablet and Galaxy Note 10.1 2014 edition via using the Bluetooth technology, and could be used for making calls or texts via voice command (without pulling it out of your pocket) with S. Voice like you do with SIRI on Apple iOS, the hands-free wearable smart watch gadget is good to use but what if you do not have an expensive Samsung Galaxy Note 3 phablet (phone / tablet) or 10.1 Galaxy Note 2014 edition, the answer is yet to be confirmed by Samsung officially, as reported by the USA Today!

But the watch will launch with Samsung's Galaxy Note 3. In fact, the Note 3 is required to even use Galaxy Gear. That's a major hurdle for anyone not the least bit interested in a 5.7-inch "phablet," nice as it appears to be.

The Samsung reps at a media event weren't saying when, or even if, Galaxy Gear might work with other Samsung smartphones or tablets, but I'm betting it will, lest Samsung severely limit its market.


it relies on a Bluetooth connection to your Samsung Galaxy device in order to do most of its connected work. When it goes on sale later this month, the Gear will be compatible with the freshly announced Galaxy Note 3 and Galaxy Note 10.1 2014 edition, while software updates for the Galaxy S4, Galaxy S III, and Galaxy Note II are in the works to introduce compatibility there as well. That new software should begin rolling out from October, depending on local carriers. Given that Samsung's new Galaxy slates run Android 4.3, which supports the Bluetooth Low Energy standard, Samsung may well have just tipped its hand about when it intends to distribute the 4.3 upgrade to its older Galaxy handsets.

Also as Galaxy Gear (it is like a 2-way-wrist-radio) from Samsung (which would come for USD 299 in the USA) watch uses Bluetooth to pair or sync with companion Galaxy note 3 and Galaxy Note 10.1 2014 edition  you should have Note 3 in the range or if / when your Galaxy smart phone gets out of range, the Galaxy Gear will loose the connectivity and will go dark (locked) unless you move Galaxy phone again within the permissible Bluetooth range (approx. 1.5 meters)!

So Galaxy gear in fact is a wearable fashion accessory or a digital smart watch which acts as Bluetooth hand-band device and in itself is not an independent communication gadget, the battery life is claimed to be 25 hours or so, which is bad for a watch and may be good for a smart cell phone, your choice,


So if you are confused, whether to buy or not a wrist band smart watch from Samsung, make sure that you also are going to buy a latest Samsung Galaxy Note 3 or  a Galaxy Note 10.1 2014 edition to use it with Galaxy Gear or ask Samsung guys whether it would sync and work with your other Galaxy devices like Note 2, Note 1 or such?!

Moral of the story is, if you love Dick Tracy type smart watches; love James Bond 007 type smart phones or phablets too : ) they need a syncing!

Related: Obama's Blackberry, why it is so special?